CryptoTrends
Home Guides How Long Does a Bitcoin Transaction Take?

Why stick to conventional currency when digital money has greater control and liberty? Before diving into how long a bitcoin transaction takes and related cryptocurrency jargon, let’s take a brief discussion on basics of bitcoin. Digital money, bitcoin, introduced in the year 2009, is a mere computer file. You read that right. A computer file stored in a digital wallet, facilitating payment with utmost privacy, in the form of private transactions. It’s weird how a booming technology, driving a million minds is regarded as private. Although digital money, bitcoin can be converted into cash. A cryptocurrency exchange usually helps this type of conversion. The resulting cash is directly deposited in the bank account of the owner.

How Long Does It Take A Blockchain To Confirm Transactions?

The decentralized digital currency, bitcoin, is free from administrators and influences from central banks. A bitcoin transaction is a peer to peer platform transaction, regarded as a digital wallet There is no involvement of paper money, coin, or passbook updation governing bitcoin. Of course, there is an account ledger maintained. This ledger is the “blockchain“.

It may surprise you to know that digital money can be mined. True. The process of mining is used to secure a blockchain. The bitcoin network is held upright with bitcoin mining. Bitcoin mining provides security and acts as the confirmation of a bitcoin transaction. The reason why a bitcoin network is secured and often considered a private transaction is the process of mining. It protects the transaction, the ledger, and the value from cyber attacks.

Coming back to the duration of blockchain confirmation, the cryptocurrency determines the time. In other words, specific blockchains, for example, Litecoin blockchain, or the bitcoin blockchain take from 10 minutes to 6 hours to update confirmations. Every new transaction is added to the mempool queue (described below). Bitcoin miners have the liberty to deprioritize your request even if it has been sent at the appropriate time, with a high fee.

Your transaction history gives you a complete overview of all the transactions that are complete. A transaction not confirmed will have “unconfirmed”, written across its name and date. For a miner, it takes 10 minutes approx, to find (locate) a new block. In addition to that are the two leading factors (network & fee) determining your transaction time. If you simplify, the average time of 10 minutes for 1 bitcoin leads to 1 hour for 6 bitcoin transactions.

How Long Does A Bitcoin Transaction Take In 2020?

Theoretically, your transaction should complete within 48 hours. What if it doesn’t?
In some cases, owners have faced transactions delayed up to 72 hours. Forget 10-minute transactions. What if it’s been 3 days, and you still don’t see completion? Simple. Resend the transaction.

The network activity and transaction fee draw an irregular graph. The entire transaction can be broken into three parts. It starts with input, value (amount), and output. Here, the amount means the collective number of bitcoins involved in the transaction. bitcoins entering a public key requires a code. The input part consists of the code. In simple words, the code helps a bitcoin enter a network. Then comes the count and finally an output that helps a bitcoin enter the public key.

Completion of a bitcoin transaction needs approval. The standard confirmation set includes a six transfer confirmation. The recent spike has caused greater network congestion. Larger the block size, less is the time of the transaction, as suggested by the Bitcoin Community. The 2020 equation of simple blockchain transaction uses a high miner fee, leading to less congestion, and finally to a low transaction fee. 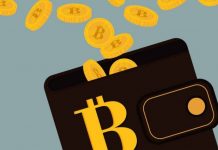