Are Cryptocurrencies Legal in India?

The usage of bitcoins is entailed with accountability and transparency which mitigates corruption from the society might seek attractive to many and many might want to invest in such a cryptocurrency. Its popularity can be seen when its price jumped from 572.33 U.S. dollars to approximately 4,764.87 U.S. dollars in August 2017 to 237.6 billion U.S. dollars as of Oct 2019!

However, the anonymous usage of bitcoins to engage in transactions between any account holder across the globe worried the government authorities of various countries as this might lead to illegal transactions henceforward many countries have banned this ‘financial system’ India being one of them.

A high-level government panel on virtual cryptocurrencies submitted its report on 23 July 2019, along with a proposed draft bill, Banning of cryptocurrencies and Regulation of Official Digital Currency Bill, 2019. Along with the ban, the committee also proposed a fine of Rs. 25 crores and imprisonment up to 10 years for any activity related to virtual currencies, which is carried out by individuals or companies.

The Supreme Court of India in its ruling on 25 Feb. 2019 asked the Indian government to come up with cryptocurrency regulation policies. However, this was in stark contrast to its judgement in April 2018 where it passed a judgement striking down the central bank’s April 2018 circular which bans regulated financial institutions from providing services to crypto businesses. However, these all have been just recommendations as until now there has been no blanket ban on its use and many digital currency exchanges like ZebPay, CoinSecure, Uncoin have been facilitating individuals to trade in Bitcoins.

History of Bitcoin and CryptoCurrencies

You might have heard of bitcoin and wondered at the exorbitant price, but till 2013 most people didn’t even know about it. In fact, in 2010, an individual auctioned 10,000 Bitcoins for just $50, but no one wanted to buy it. Had you bought this coin, you would be a billionaire today! Its meteoric rise began following an announcement made by a small island called Cyprus.

Cyprus was the go-to tax haven for the rich across the world due to its relaxed policies and low tax rates. In 2008, the aftershocks of the global financial crisis were being felt across the globe. Millions of people were out of jobs, and the economy had slowed down to a standstill. There was a growing sense of anger and mistrust towards banks and financial institutions.

In the midst of this, a paper mysteriously surfaced on a cryptography blog written by an individual or a group called Satoshi Nakamoto. It laid out complete details of a decentralized digital currency called Bitcoin that would be of any middlemen such as banks.

A shared ledger called the blockchain would contain the history of every bitcoin transaction ever made. The question was ‘Who would record the huge volume of transactions? Satoshi had an answer to this, an incentive system designed within the framework called Miners. Miners would invest time and resources to monitor and approve transactions simultaneously; their reward was Bitcoin. It was designed as clockwork impossible for anyone to cheat the system.

A small group of geeks, programmers and, libertarians began experimenting with it, but they faced a major problem- no one could put a value to it in terms of modern-day currency. Was a Bitcoin worth $1, a $100, or 0? The first time this was put to test was when someone decided to sell their coins; 10,000 of them for two pizzas!

Pre-2013 Cyprus, the tax haven for the super-rich was flooded with cash. This money was lent out mostly as risky loans. When the economy slowed down recovering these loans became close to impossible. The banks had even lent money to Greece, being one of the country’s hit worst by the financial crisis. And when the Greek economy came crashing down, it caused the Cypriot banking system to collapse with it. Banks were now billions of dollars in debt.

Cyprus approached the EU for help who initially refused to help, so on March 16th, the Cypriot President made a shocking declaration. His strategy being, tax everyone with savings account between 6 and 10 per cent and use that money to repay the debt to avoid a complete banking collapse.

As Satoshi Nakamoto once said for cryptocurrencies: “The root problem with conventional currency is all the trust that’s required to make it work. Banks must be trusted to hold our money and transfer it electronically, but they lend it out in waves of credit bubbles with barely a fraction in reserve. We have to trust them with our privacy, trust them not to let identity thieves drain our accounts. But the history of currencies is full of breaches of trust.”

The announcement sent shockwaves across Europe, especially Spain where some feared that their government might take similar action. Consequently, there was a massive surge in Bitcoin app downloads and Google searches following the announcement. Bitcoin prices shot up. The question that pestered the adoptors was whether cryptocurrency was legal? This sudden rise led to additional interest, with more and more people joining in on the hype. Bitcoin ATM sprung up, and celebrities began accepting bitcoins as payment for their music.

Microsoft accepted cryptocurrencies for their Xbox live and windows store services. Bitcoin had entered the mainstream; the price of a single coin increased from $13 in Dec 2012 to $1000 a year later and witnessed some of the most volatile price swings in years to come. By December 2017, the price of 1 Bitcoin had reached $18000!

How Do Cryptocurrencies Work?

To get started with Bitcoin, one doesn’t need a technical understanding of the function of Bitcoin. Once, you install a Bitcoin wallet on your PC, a bitcoin address will be generated for you. In a way, it is actually similar to how an email works, you just need to share your bitcoin address with people so that you can receive a payment or vice versa. The only exception being the generated Bitcoin address can only be used once.

Blockchain is an open ledger that stores a history of financial transactions. Old security models focus on locking people out whereas bitcoin models focus on letting everyone in. For the first time you don’t need trust to share your digital records, to make it clear when you have a bitcoin it’s like you have a private key half of a digital signature that proves you own a particular Bitcoin, the other half is a public key. A record of a public key is stored in the blockchain.

Individual blocks contain multiple transactions each of which refers to an earlier record in the chain. When you want to purchase something with Bitcoins you broadcast a request, the request is received by all the computers connected on the Bitcoin peer to peer network. Now, these computers and their owners are known as ‘miners’. Miners take up the most recent requests into a block. The miners run the new block and the previous blocks through a set of calculations called ‘hash functions’.

So, it’s a competition with all the miners racing to solve a complex cryptographic puzzle. The more computing power you have the more likely you to solve it first. The first miner to solve a block is rewarded with some newly minted Bitcoins.

Although minting coins is not the only point of mining, the puzzles are so complex that every new block makes the previous blocks and the whole blockchain more secure. That being so, hacking the blockchain becomes almost impossible!

The European Union Plans on Crypto Regulations by 2024 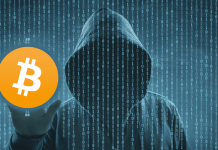