DigiByte (DGB) is a peer-to-peer decentralized open-source cryptocurrency based on its own blockchain. Jared Tate, an early crypto enthusiast, developed it back in 2013, by making improvements to the original bitcoin core. It was made public in January 2014 and introduced enhancements including a reduced block time (new block is generated every 15 seconds), improvised security features and difficulty level adjustment in real-time.

Jared has been a part of the bitcoin community since 2012 and actively contributed to it before moving into developing his own cryptocurrency.

It is loosely based on the bitcoin’s UTXO protocol and has pioneered multiple technologies being the first coin to adopt SegWit, mining based on multiple algorithms, enhanced protection against ASIC miners (OdoCrypt) and difficulty adjustment in real-time to control the supply.

The total coins are capped at 21 billion which is way more than the bitcoin’s upper limit of 21 million coins. The developers have attributed a comparatively larger supply (1000 times that of bitcoin to be precise) to its intended use as actual currency and not as a store of value.

Since its inception, DGB has focused on building a community to support active development of the project. It organized an annual conference known as the DigiByte Global Summit. The latest one was held at Amsterdam on 19th April, 2019 with the agenda focused on bringing the community closer and sharing it’s journey through the years. The focus on how it differentiated itself from the other altcoins through its focus on security and faster adoption of enhancements.

Jared presented alongside CXOs from the crypto industry. The event was sponsored by Vertbase, a cryptocurrency exchange focusing on Altcoins. DGB was founded without an Initial Coin Offering (ICO) or a pre-sale and thus is dependent on organic adoption and community-driven development. It was initially a spin-off of Bitcoin with some modifications here and there but introduced some major enhancements which were later adopted by major cryptocurrencies. Quite interestingly, DigiShield (real-time difficult adjustment) was added by major currencies including Bitcoin and Ethereum. The summit also featured introduction and creation of DigiAsset

The price has fluctuated wildly in the past few months. Digibyte price stood at almost half a cent at the start of 2020 and increased to more than 2 cents in recent months. The 52-week and 90-week high both stand at 2.65 cents respectively. According to coinmarketcap, it is still traded regularly and is amongst the top 50 altcoins. The latest price fetched from the major crypto exchanges is shown below:

The blockchain is accessible at its official website. Reverse engineering the blockchain reveals a multi-layered architecture with each distinct layer lending a major functionality. The top-most or the initially accessible one is composed of an applications layer which is based on DigiAssets. This is what is seen and used in general applications. This layer is like a framework one can use to build assets similar to Ethereum’s smart contracts. The DAPPS is the decentralized layer of applications which is built upon the blockchain similar to Ethereum’s applications. It also includes smart contracts which are based on the DGB blockchain.

The second layer is the public decentralized ledger or the shared journal of records which has the list of transactions carried on the blockchain. It has built-in security mechanisms to maintain immutability and prevent tampering of the records. DigiByte uses five distinct algorithms (which lends it multi-algo mining capability) for enhanced security. This functionality is known as Odocrypt.

The last layer is the communications layer wherein the nodes connect with each other to share instructions. It could include transactions or messages relayed across the network. 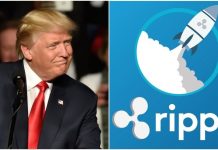 What went on between Trump and Ripple CEO 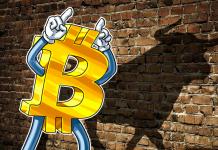 Bitcoin $12K Resistance Level And What to expect in the future 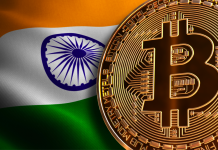 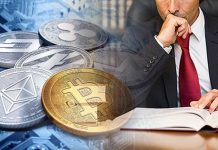