CryptoTrends
Home Coins Ethereum Ethereum’s Sharding By 2020? Will it be too late by then?

Justin Drake spoke about Sharding, a much anticipated Ethereum scaling solution and the possibility of it being implemented as early as 2020 during the conference at TechCrunch.

PoS initiative and sharding were developed separately. But now since they both share common infrastructure as well as adding beneficial network effects by being implemented together both are being combined.

Drake explained, “With sharding, you have all these different shards and they’re like parallel universes, pretty disconnected from each other and so you want to wait for the shards to be able to communicate with each other and we do that by what we call cross-links or checkpoints.”

He further explained that integrating Casper with sharding strengthened these checkpoints, allowing for increased security and scalability in one design. The new initiative is dubbed as “Ethereum 2.0,” by the team.

Drake revealed, “My expectation is that Casper will come first, possibly next year, 2019. Then in sharding, we’ve actually broken it down into two big phases. Phase one is actually the data layer, so coming to consensus as to what data is in the shards. Phase two is all about the state, giving meaning to that data and the notion of transaction.”

Drake strongly believes that the sharding phases one and two will come in 2020 and 2021, respectively.

Now, the problem is 2020 may be too late for ETH’s sharding as we already have competitors like Zil, Cardano to name a few.

Zilliqa’s implementation of the Sharding technology right from the beginning puts it miles ahead of Ethereum and with the upcoming competition by Cardano, I am worried that Ethereum might lose its first-mover advantage and lose the race to these competitors.

A new 51% attack on Ethereum Classic 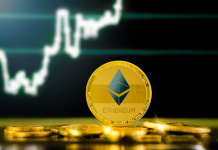