With emerging technologies and technological advancements, digital currencies are not limited to just cryptocurrencies anymore. Let’s deep dive into understanding cloud currencies, an innovation within the digital currency space. It isn’t based on the blockchain technology which has been replaced by RAIDA – A distributed network of cloud servers which authenticate these coins. It seeks to mitigate the key limitations with current cryptocurrencies by doing away with blockchain, public ledgers, accounting and encryption.

It is based on mechanisms similar to the DNS (Domain Name System) protocol, which is what the internet uses to resolve domain names. This does away with problems of currency being lost, tracked, faked, or spent multiple times. Similar to the DNS system, it has a distributed network of cloud servers, which ensures it cannot be hacked or taken down by the government. The network currently has 25 such servers, and the number is poised to increase to 6000 as it achieves mainstream adoption.

CloudCoin backed up by RAIDA seems like the most private and secure digital currency until now. Every individual CloudCoin is a file consisting of a serial number and authentication data. In this, data is shredded and not encrypted and distributed across RAIDA. Being file-based, they are transferable via the free encrypted email service, ProtonMail, or with a Sky Wallet.

CloudCoin can’t be subdivided or split and comes in set integer denominations of 1, 5, 25, 100 and 250 CloudCoin units. The currency is not inflationary and the total number of coins in the cloud never changes from 16,777,216, which is fixed by the length of the serial number in bytes. On the other hand, Bitcoin can be mined as per demand.

Similar to cash, the owner of the file can control the coin and has the authentication data. On transfer of ownership, the new owner changes this data to ensure exclusive ongoing access.

The main features that set apart CloudCoin from Bitcoin and Altcoins are that it does not use cryptography. In Blockchain-based currencies, your account information is visible to the general public, which enhances the risk of security.  Nevertheless, the CloudCoin exchange remains decentralized. CloudCoins do not require any special software, whereas bitcoin require such software and wallets. CloudCoin can be Printed on paper; Memorized as pass-phrases; On cell phones or computers, as text files or jpeg images; Offline on any storage device. Encryption is optional.

Coming to security issues, ClodCoin can be regarded as Quantum-safe. Cloudcoin owners themselves can fix RAIDA servers. Another important consideration is the Spending speed. Bitcoin transactions take hours and sometimes, even days to process. The CloudCoin transactions take seconds. CloudCoins also have a low environmental impact in terms of electricity consumption, whereas Bitcoin requires millions of dollars of electricity, for its mining and other essentials.

Cloudcoin seems to have a bright future because of it being like traditional money in the way of its distributive accounting system. The system making each person in charge of their piece of the system’s data. So, we could proudly call CloudCoin as the next generation decentralized digital currency. RAIDA technology became publicly available at the beginning of 2017 which further lead to the development of CloudCoin.

CloudCoin uses about 400 bytes of unguessable authenticity numbers that change with every owner. For trading CloudCoins, you need to let the buyer know the secret number and these numbers can be altered by RAIDA. Since it does not require any user accounts or tract the user data and it is also almost impossible to double-spend, it makes CloudCoin superior to the other cryptocurrencies.

In the coming years, it is likely for crypto-enthusiasts to shift their focus more towards cloud-based cryptocurrencies because of their better performing features and safety. 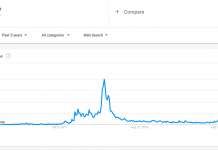 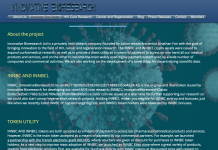 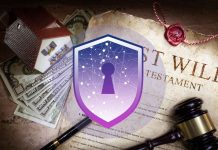 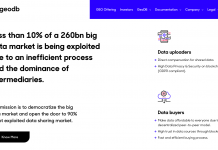